This site uses cookies to provide you a better user experience and analyze site traffic. By using this site, you consent to cookies. For more information, please read our privacy policy.
Menu ≡
Join my newsletter.
Get free stuff.
Become a VIP Writer!

Do you want to learn more about writing, including receiving marketing tips and tricks, deals on valuable workshops and retreats, and time management hacks? Join the VIP Writer’s Club! You’ll receive free VIP access to an online novel-writing course just for signing up and can unsubscribe from the newsletter at any time.

Thank you to the wonderful mystery community and to readers for awarding Unspeakable Things with the Anthony for Best Paperback Original! I was overwhelmed when I heard my name called and am gonna have to buy heavier shoes because I keep floating when I think about it.

If you haven't yet had a chance to read the epilogue, it lives on my website here.

And if the mix of true crime, a young protagonist, and the '80s interests you, I'll be revisiting the Unspeakable Things' themes in Litani, out October 19. You can preorder your copy now.

Just sent the finished manuscript of my next book, tentatively titled The Pretender, to my publisher. Woot! Teaser below, popcorn and champagne for EVERYONE!

That summer, the summer of ’77, everything had edges.

Our laughter, the sideways glances we gave and got. Even the air was blade-sharp. I figured it was because we were growing up. The law might not recognize it, but fifteen’s a girl and sixteen a woman and you get no map from one land to the next. They airdrop you in, booting a bag of Kissing Potions lip gloss and off-the-shoulder blouses after you. As you’re plummeting, trying to release your parachute and grab for that bag at the same time, they holler out you’re pretty, like they’re giving you some sort of gift, some vital key, but really, it’s meant to distract you from yanking your cord.

If you’re lucky enough to come down on your feet, your instincts scream to bolt straight for the trees. You drop your ‘chute, pluck that bag from the ground (surely it contains something you need), and you run like hell, breath tight and blood pounding because boys-who-are-men are being airdropped here, too. Lord only knows what got loaded into their bags, but it does not matter because they do terrible things in packs, boys-who-are-men, things they’d never have the hate to do alone.

I didn’t question any of it, not at the time. It was simply part of growing up a girl in the Midwest, and like I said, I thought at first that’s why everything felt so keen and dangerous: we were racing to survive the open-field sprint from girl to woman.

But it turns out the perpetual sharpness wasn’t because we were growing up.
Or, it wasn’t only that.
I know because three of us didn’t get to grow up.

The year before, 1976, had felt like a living thing. America standing tall in a Superman pose, her cape a glorious red, white, and blue flag flapping behind her, fireworks exploding overhead and filling the world with the smell of burning punk and sulfur. Not only was anything possible, we were told, but our country had already done it. The grown-ups did a lot of congratulating themselves during the bicentennial, it looked like. For what, we didn’t know. They were still living their same lives, going to their boring jobs, holding barbecues, grimacing over sweating cans of Hamm’s and hazy blue cigarette smoke. Did it make them a little crazy, taking credit for something they hadn’t earned?

Looking back, I believe so.
And I think that, for all its horror, 1977 was the more honest year.
Three Pantown kids dead.
Their killers right there in plain sight.
It all started in the tunnels.
You’ll see.

It'll be another year until The Pretender hits shelves, but you can preorder Litani now! It releases in October.

It's the same book.

I’ve had twenty false starts on my next novel, tentatively titled The Pretender and due to my writing group mid-June and my publisher end of July. You know what that means? It means I’ve written only five thousand words of a book that I need a complete draft of in six weeks.

But yesterday I (re)found something that worked, something that got me a juicy chunk of words that went straight to the heart of what I was trying to write. It worked so well that I’m a little scared of it. Keep reading if you're a writer who wants another tool in their tool chest or if you just want to know how the sausage is made.

First, in the interest of transparency, I need to reveal how bad a case of don’t-writis I had with this book, how much mental junk I stacked on top of it. I made The Pretender important for emotional reasons. If you’ve seen my TEDx, you know I strive to write honest fiction. The Pretender is set in St. Cloud, MN, in 1977, when there were up to three serial killers operating in the area. I was a seven-year-old girl in St. Cloud in 1977. The book explores the raw terror of growing up in this timeline but ultimately must be a triumph of spirit, both for 14 yo Heather Cash at its center, and for me, writing it.

Every time I finish these emotionally honest books, I free a piece of Little Jessie, and I know from the emails and messages that a bunch of you come with (we get to play!). That’s the beautiful magic of honest fiction, whether it emerges as comedy, suspense, literary fiction, a cozy, a romance, or any other of the lush forms fiction can take.

Not only did I convince myself this book was Emotionally Important, the truth is it’s also important for financial reasons. My surprise divorce in January means writing is now my main income. I gave up the safety net of full-time teaching last summer, when I thought I had a life partner. Things happen how they’re supposed to, I really believe that, but the end of my marriage definitely turned up the heat beneath my steamer. The Pretender will be my twenty-first novel, so you’d think I’d have things figured out by now, and I do when it comes to the mechanics of it. My experience, though, has been that writing's always hard, and my fears grow to fit the space I give them.

So, it’s a Big Book, it has to be a great book so I can pay my bills, there’s a pandemic, I’m still reeling from a divorce, and I just bought and moved into a new home end of March. Those are my reasons for not writing, and I bet you have your own that are just as valid. So when I say I have something that works despite, know that I’m not just blowing smoke. I’m coming at you from the trenches.

It combines freewriting (which I hate; I know it works, still hate it) and walking (love!). You simply dictate as you go. If you’re already doing this, you know how much magic it packs. Something about the forward movement cuts through choices/expectations paralysis.

As long as you’re dictating while in motion, it’ll be beneficial, but here’s some tips I’ve found that give me the most bang for my buck:

Big love to you!

p.s. If you’re currently between projects, or aren’t 100% sure of what you want to be writing, freewalking also works like a Magic 8 Ball. Write a question on the slip of paper (“what should I be writing?” “what’s keeping me from writing my memoir?” “should my next book be a western or women’s fiction?” etc.), tuck the paper in your pocket, and start walking and talking. Make sure your route is automatic so you don’t have to worry about where you’re going or how you’ll get home, and the rest takes care of it itself. I promise.

p.s.s. People you pass will think you’re having a phone conversation. A weird one, for sure, but that’s your business. If it’s helpful, envision me walking alongside you, having my own weird conversation with my phone and giving you the world’s biggest thumbs up.
p.s.s.s. You know what else works great for writing? Community and accountability. There are three spots left (total) in the August 2021 luxury women’s writing retreat in St. Paul and three early bird spots left in the just-listed February 2022 women’s writing retreat in Costa Rica.
p.s.s.s.s. I spotted the embroidered sign at the top of this post during my Lake of the Isles walk yesterday. That, and the 2500 words I produced, have greased my wheels, and I can finally, finally see this book. Look for it on bookshelves about 18 months from now. 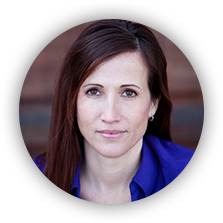 Jess Lourey is the Amazon Charts bestselling author of over 20 novels, articles, and short stories.

The Truth in Fiction

Transitions, Rebirth, and a TEDx Talk

Advice I Never Write Without (A Writing Whip-It)

How to Write Funny, Part I (A Writing Whip-It)

Interested in free books, exclusive bonus content, and VIP early access to Jess’ upcoming projects? Then sign up here to become a VIP Reader. You’ll immediately receive a free copy of May Day, the first in the Mira James comic caper mysteries, just for signing up!

Do you want to learn more about writing, including receiving marketing tips and tricks, deals on valuable workshops and retreats, and time management hacks? Join the VIP Writer’s Club! You’ll receive free VIP access to an online novel-writing course just for signing up and can unsubscribe from the newsletter at any time.

The Amazon Charts bestselling author of Unspeakable Things and Bloodline explores the darkness at the heart of the rural Midwest in a novel inspired by a chilling true crime.

Check it out here>